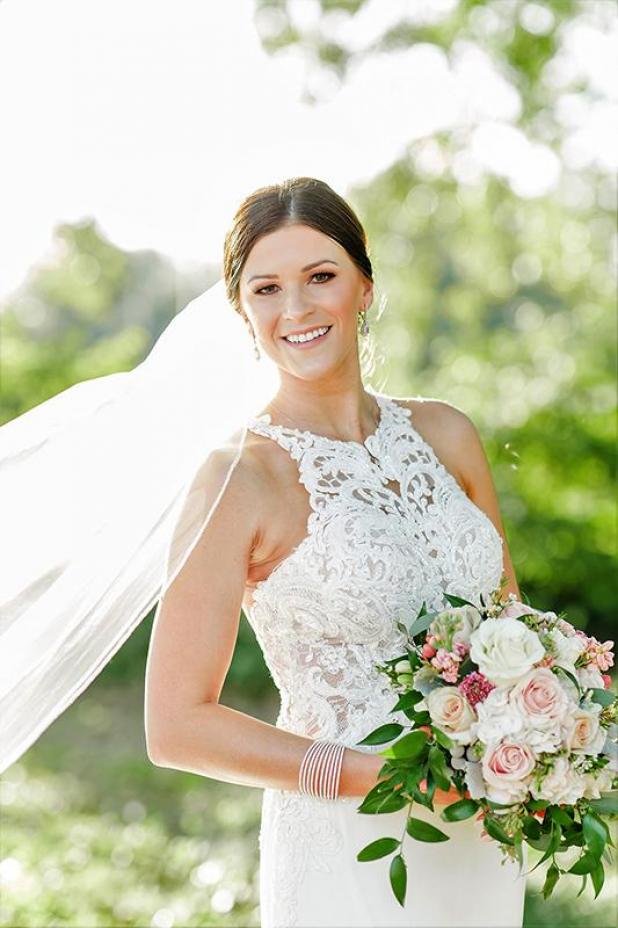 Katie Elizabeth Latiola and Adam Paul Langlinais, both of Broussard, were united in marriage recently at St. Michael the Archangel Catholic Church in Crowley.
Fr. Mikel Polson officiated the 6:30 p.m. Nuptial Mass on Saturday, Feb. 8, 2020.
The bride is the daughter of Darlene and Keith Latiola of Iota. She is the granddaughter of Lucy LaCasse of Iota and the late Henry “Blanc” LaCasse, and of the late Ovela and Anatole Latiola of Egan.
She is a graduate of Iota High School, Louisiana State University Eunice and Northwestern State University in Natchitoches, and she is presently employed by Lafayette General Health.
The groom is the son of Elizabeth and Richard Langlinais of Broussard. He is the grandson of the late Hilda and Camile Adam of Crowley and the late Edley and Paul Langlinais of Abbeville.
He is a graduate of St. Thomas More High School, Louisiana State University and the University of Kentucky in Lexington. He is currently employed with Lafayette General Health.
The church was decorated with floral arrangements that were placed in memory of the couple’s deceased grandparents and their godfathers.
The bride, who was escorted to the altar by her father, was beautiful in a truly sophisticated illusion racerback wedding dress by Martina Liana. Featuring an on-trend high neckline, the lace, tulle and Bellagio crepe gown had an ultra-flattering simple silhouette. Graphic Alençon lace and heavy ivory beading adorned the bodice of the gown, creating dimension for a unique look, and the pattern continued through the hips, elongating the body and highlighting sheer side cutouts. Katie paired her gown with a cathedral length veil edged with matching lace detailing.
The bride carried a fresh bouquet of ivory and blush roses interspersed with stephanotis, berries and greenery.
In keeping with tradition, Katie entwined a rosary that had belonged to her late paternal grandmother in her bouquet as “something old,” and her wedding dress served as “something new.” As “something borrowed,” she carried a blue handkerchief monogrammed with the letter “L” loaned to her by her maternal grandmother. For “something blue,” she wore a sapphire and diamond ring given to her by her daughter, Emersyn Kate Latiola.
Rebecca Latiola, sister-in-law of the bride, served as matron of honor, while the daughter of the bride served as maid of honor.
Rebecca wore an off-the shoulder floor length gown in powder blue chiffon. Emersyn was clad in a powder blue chiffon A-line, floor length, princess style gown featuring a scoop neckline and keyhole back closure.
The attendants carried bouquets of ivory roses and hydrangeas accented with blue forget-me-nots and greenery.
Richard Langlinais, father of the groom, fulfilled the duties of best man. Standing as groomsman was Ryan Latiola, brother of the groom.
Ushers were Andy Whittington, Christopher Bolian, Tommy Falgout and Tommy Talbot, friends of the groom.
Evelyn Rose Latiola, niece of the bride, served as flower girl. She wore a white ballgown featuring a lace bodice with a heart cutout in the back and a white satin sash. She carried a pomander of ivory roses accented with forget-me-nots and entwined with ivory satin ribbon.
For her daughter’s wedding, the mother of the bride, the former Darlene LaCasse, selected an Adrianna Papell floor length gown in slate green. The dress featured a lace popover jacket with a scoop neckline and cap sleeves and was complimented by a diamond bracelet.
The mother of the groom, the former Elizabeth Adam, chose an Alfred Sung A-line, ankle length gown of navy blue Mikado silk with a gold Chantilly lace bodice and three quarter length sleeves. The gown was completed by a fitted navy blue belt with a bow accent.
Both mothers wore wristlets of fresh ivory roses.
Music for the ceremony was performed by trumpeter Will Green, violinist Lauren Baker and organist Paul Baker.
Selected scriptures were read by Myra M. Broussard, close friend of the bride, and Laura LeBouef, godmother of the groom.
Following the nuptials, family and friends joined the newlyweds for a reception at the Grand Opera House in Crowley.
The tables throughout the venue were adorned with elegant floral arrangements of off-white roses, stephanotis, forget-me-nots and hydrangeas, and the entryway was graced by a large portrait of the bride. Additionally, a special memory table was decorated in honor of the bride’s and groom’s late grandparents.
Upon entering Le Grand Hall, guests were given champagne-filled goblets to toast the happily married couple, and they enjoyed the music of Stormy the Band throughout the reception.
The bride’s three-tiered white cake was filled with Bavarian cream, lemon curd and strawberry cheesecake and topped with fresh flowers. It was served by the bride’s godmother, Rebecca Istre.
The groom’s cake was four-tiered, with each tier representing one of the groom’s hobbies, including golf, hunting, fishing and LSU. It was served by the groom’s godmother.
Out-of-town guests at the wedding traveled from Florida, Kentucky, Montana, Texas, Virginia and various points throughout Louisiana.
On the evening prior to the nuptials, the parents of the groom hosted 7 p.m. rehearsal dinner at Le Triomphe Clubhouse in Broussard, where guests were served an assortment of entrees.
Following a week-long wedding trip to Costa Rica, the couple is now residing in Broussard.