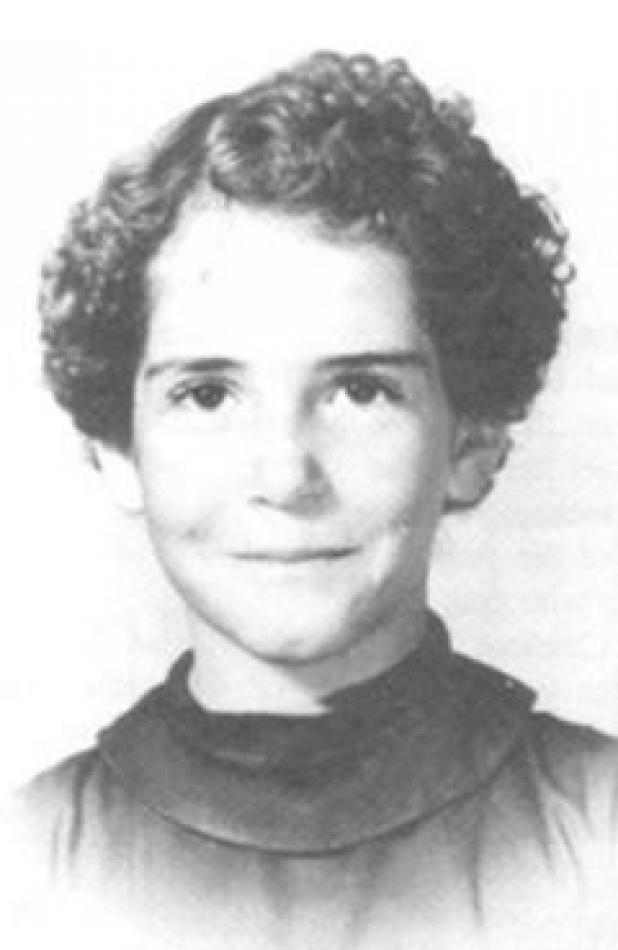 RICHARD - The faithful gathered at St. Edward’s Church in Richard last Friday evening to mark the 60th anniversary of the passing of Charlene Richard, “The Little Cajun Saint.”
Msgr. Curtis Mallet, who gave the homily during the Annual Mass of Petition, said, “They (those who are canonized) must devote themselves with all their being to the glory of God and the service of their neighbor. We call this, in the church, the universal call to holiness, and it a most wonderful thing.”
He continued, “That fall, it continues to be as real for us today, each one of us, as it was for young Charlene Richard in late July and early August of 1959. That is precisely what we recall and what we pray for in this annual Friends of Charlene Richard Mass.”
These friends and faithful gather each year at the church in hopes that one day miracles attributed to Richards’s prayer intercession will be validated by the Church in order to make her a saint.
Richard grew up in the small community of Richard, and at the age of 12, she was diagnosed with acute lymphatic leukemia and died on August 11, 1959. While receiving treatment at Our Lady of Lourdes Hospital in Lafayette, the young girl would offer her prayers and sufferings up to God for those of others.
A rosary was recited before the 6 p.m. Mass, and the church was filled by 5:15 p.m. Seating was also provided at the church hall next door, and the rosary and Mass were broadcast there as well as on the web. A portion of the rosary was recited by Richard’s niece, Sarah Melancon, and Richard’s brother, John Dale Richard, recited another portion in Cajun French.
During his homily, Mallet, who is with the Diocese of Lafayette, discussed three reasons why he believes Richard should be beatified and canonized.
“First of all, Charlene is a young person,” he said. “How marvelous that is. Precisely, she was, and I want to emphasize this today, she was a middle school student. Why could that be important? I’ll tell you why.
“A 2015 shocking study by the Center for Applied Research in the Apostolate — we call it the CARA — it’s one of the chief statistical groups within the church, (and) this article is summarized by its title, ‘Going, Going Gone: The Dynamics of Disaffiliation in Young Catholics.’ The research is that 35 percent of millennial Catholics have left the church.”
Mallet said that middle school children have left the Catholic Church, a church that they do not know, in droves.
“Charlene Richard is so important, so important, because she models for us that you don’t have to be an adult, you don’t have to be an old timer, to profoundly get it,” Mallet said.
He continued, “The Church needs a middle school saint like Charlene to give testimony that holiness is possible for us at any age of our lives.”
Mallet said his second reason supporting the beatification and canonization of Richard is that she is a lay person, not a member of the clergy or a religious figure.
“There are more canonized priests and religious (figures) than there are lay people,” he said.
Mallet continued, “The church is getting better at recognizing those holy and heroic souls since Saint John Paul II, who really went looking for them because he believed it was important that more lay people be canonized and beautified.”
Mallet said lay saints are important to the Catholic Church as witnesses from every walk of life.
Mallet said his third reason supporting Richard’s canonization and beatification is that she accepted her suffering not as a curse, but as an opportunity to pray for others.
“The Lord tells us, ‘Whoever wishes to come after me, which is her, must deny himself, take up his cross and follow me,’” Mallet said.
He continued, “I think that the most important thing we learn (from Richard) is that suffering is an opportunity that is disguised as an obstacle.”