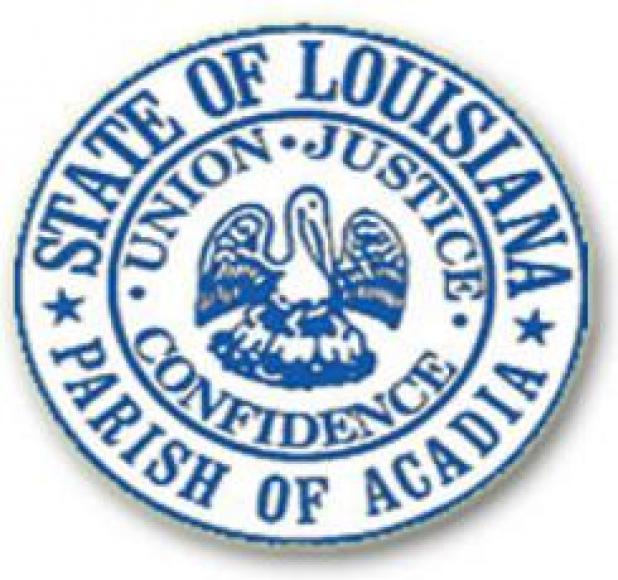 CROWLEY - Four years ago — almost to the day — a parish ditch-cleaning project resulted in the uprooting of more than 1,100 linear feet of mature trees along Holland Road north of Crowley off La. 1112.
Last Tuesday night, June 13, the Acadia Parish Police Jury and the property owners finally reached an agreement that will, once and for all, settle that issue.
The police jury agreed to pay the property owners $4,000, but would not commit to returning the property to the condition it was in prior to the incident.
According to Danna Premeaux Guillot, the parish road crew, in the act of clearing the ditch, cut down and uprooted mature pine trees up to 70 feet from the roadway on Premeaux property.
She said that work was done without the proper consent of the property owners — which included herself and her sister, Jerrie Premeaux St. Amant — and that the debris has remained on the property since then.
“Chicken trees have grown up and there are still downed, dead trees on the property. You can’t walk back there,” Guillot said.
“We tried our best to have the matter resolved by the previous police jury, but were unsuccessful,” she continued, reading from a prepared statement.
“In September, 2016, we met on site with President David Savoy and Secretary-Treasurer Laura Faul to discuss how the property could be rehabilitated. To replace the downed trees, Mr. Savoy stated that pine tree saplings would be planted in 30 holes with two saplings per hole, for a total of 60 saplings.
“However, in the spirit of compromise, we withdraw our request that the downed trees be replaced.”
Guillot stated that the family’s revised request is as follows:
• All downed trees and work debris on the property would be removed and disposed of off of the property — no burying or burning on the property.
• The work area stretches approximately 1,100 linear feet from the south / front of the north / back all along the west side. As soon as the ground is dry, the work area would be plowed and graded several times to restore / repair / level the damaged areas, the re-dress the area with topsoil so that it is level with the property outside of the work area just as it was before the damage was done. Grass that was removed would be replanted so as to match the existing grass outside of the work area.
• The trees on the back part of the property closest to the road along the west side were not to be disturbed. (Guillot would detail exactly what is to be done on this matter.)
• Guillot would be notified when the work will begin and would be present when the work is done.
Guillot pointed out that damage to the property was done June of 2013, over four years ago. “These losses of privacy, aesthetic appeal, emotional distress and expenses incurred to hire a lawyer, forester and land surveyor, plus the delay in resolving this matter have been almost unbearable.”
Guillot noted that the family had initially asked for monetary compensation in the amount of $15,000. That figure was lowered to $10,000, “and now we are willing to compromise again,” she said.
“In good faith offer, we ask $4,000 to be made for these loses in return for agreeing to release the police jury from all claims.”
As discussion began, Brad Andrus, parish attorney, pointed out that, since the matter involved pending litigation, the jury was within its rights to go into executive (closed) session.
The group, including jurors, Andrus and Guillot and her husband, retired into the anteroom adjacent to the police jury meeting room for about 20 minutes.
Raised voices could be heard coming from the room at times.
Guillot exited the room after about 15 minutes, consulted with former attorney Charles King for a moment, then re-entered.
When they came out of executive session and returned to open session, jurors were mum on the subject, voting only to “settle with Mrs. Guillot.”
Guillot was not so quiet.
“They’re going to give me the $4,000 and told me I could hire someone to fix my property,” she said.
Five of the eight members of the police jury were not jurors at the time of the incident.