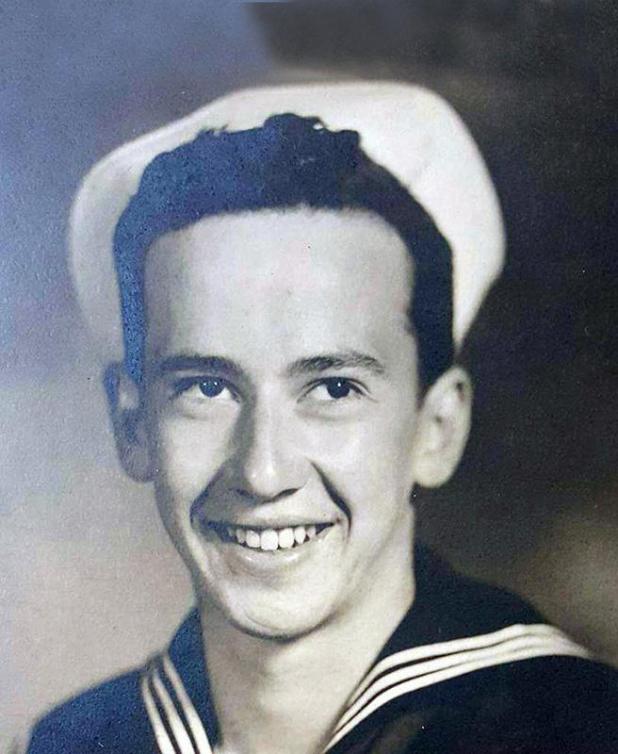 A Mass of Christian Burial for Ivy Martin Guidry Jr, 93, will be held at 2 p.m., Monday, Nov. 11, at St. Michael the Archangel Catholic Church in Crowley, with Father Brent Smith, parochial vicar, officiating.
Interment will be in St. Joseph Catholic Cemetery in Rayne under the direction of Geesey-Ferguson Funeral Home of Crowley.
Visitation will be Monday from 10 a.m. with a Rosary 12:30 p.m. at Geesey-Ferguson Funeral Home.
Martin was born in Crowley on Jan. 2, 1926, to Ivy Martin and Louise Wright Guidry and passed away on Nov. 4, 2019, in Crowley.
Upon his graduation from St. Michael High School in 1942, Martin moved to Shreveport to be a machinist at Barksdale Air Force Base. On his 18th birthday, Martin enlisted in the U.S. Navy and was assigned to the escort carrier, USS Windham Bay, CVE-92.
During his service as Radarman 2nd Class, the aircraft carrier supported the campaigns of Guadalcanal, Iwo Jima and Okinawa. Near the end of his tour, the vessel participated in operation “Magic Carpet,” returning servicemen back to the United States.
After his discharge from the Navy in 1946, Martin returned to Louisiana and enrolled at Southwestern Louisiana Institute (now ULL) in Lafayette, graduating in 1949.
Now living in Lafayette and having started a family, Martin began his career in the printing industry. In 1962 he bought Franklin Printers in Monroe and moved the family there. During his 25 years in Monroe, he undertook other business ventures and was active in the business community as well as the political one.
He was a Rotarian, a member of the Cosmopolitan Dance Club and a founding member of the Downtown Development Council. Martin served as president of the St. Frederick High School Athletic Association and led the funding drive for its gymnasium construction.
Martin retired to his childhood home in Crowley where his love for cooking really blossomed. He was eager to share his knowledge with anyone and produced two cookbooks to share his favorite recipes with his family and friends.
Martin was preceded in death by his mother, Louise Wright Guidry; his father, Ivy Martin Guidry Sr.; sisters, Georgie Pridgeon, Elaine Seeley and Margaret Tanner.
Survivors include sister Carolyn Fisher of Dallas, Texas; sons Michael Henry and wife Gayle of Lafayette, John Martin of West Monroe, Gerald Gerard of Irving, Texas, Brian Louis of Livermore, California, and daughter Deborah Vaughn and husband David of Lake Village, Arkansas; 10 grandchildren and 19 great-grandchildren with great-great-grandchild on the way.
Pallbearers will be Jason Guidry, Joshua Guidry, Logan Guidry, Paul Vaughn, Mark Vaughn and Steve Copper.
Honorary pallbearer will be Buddy Thibodeaux.
In lieu of flowers the family requests donation to your favorite charity in memory of Mr. Guidry.
Words of comfort may be sent to the family at www.geesey-ferguson.com
Arrangements have been entrusted to Geesey-Ferguson Funeral Home, 301 N. Avenue F, Crowley, 337-783-3313.