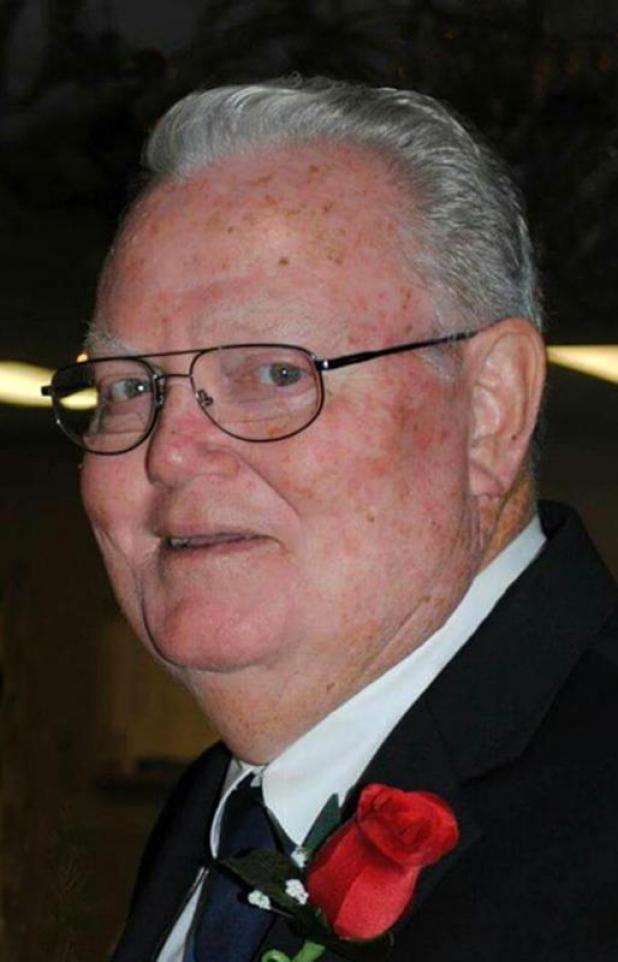 A Mass of Christian Burial will be held at 10 a.m. Thursday, Nov. 3, at 10 a.m. at St. Michael the Archangel Catholic Church for Louby Paul Faulk Jr., 71, who died Monday morning in Crowley at Southwind Nursing and Rehabilitation Center surrounded by family and friends.
Fr. Mikel Polson, pastor of St. Michael the Archangel Catholic Church, will be officiating for the services with Fr. Jude Thierry, pastor of St. Joseph Catholic Church in Iota, con-celebrating. The family is requesting visiting to be held at Geesey Ferguson in Crowley Wednesday from 11 a.m. to 9 p.m. and Thursday from 8 a.m. to 9:30 a.m. A Rosary will be led by Fr. Jude Thierry at 6:30 p.m. Wednesday. Interment will be in Branch at the St. Edmund Cemetery.
Mr. Faulk, known to many as “Skipper or Papa Louby”, first began his career serving his country in the United States Army after being drafted from January 1966 to December 1967. He was a Private E-1 and received a National Defense Service Medal. He was an engine airplane repairman and sharp shooter while being stationed in Germany. After an honorary discharge from serving during the Vietnam War, he returned to his hometown of Crowley.
He attended McNeese University as well as Southwest Louisiana Vocational Technical studying business administration. After a brief stint as an insurance reclamation specialist, he then went to work for Dore Rice Mill where he worked in the office and operated their first computer system. Because this was the first computer of its kind, he received special training directly from IBM. After 12 years with Dore Rice, he then went to work for Entex/Centerpoint Energy where he spent 20 plus years as a clerk from which he retired.
Mr. Faulk loved to cook, fish, and be with friends and family. He was a public auctioneer for over 30 years helping many charitable organizations raise money. He was a key volunteer for the refurbishment of the City of Crowley’s Rice Theater and took pride in seeing that through. He was also an usher for St. Michael’s Catholic Church, past member of the Knights of Columbus 1318, and current 3rd Degree member of the Knights of Columbus 6959 in Egan. In both KC Councils, he was always heavily involved and served as an officer of both. Mr. Faulk spent countless hours volunteering for anybody who needed help and had a special love for the International Rice Festival as a member. He was able to attend this years’ festival to be with his old friends.
He is survived by, three children, Paul L. Faulk and his wife Glenda “Kay” Rachal Faulk of Eunice, Blane M. Faulk and wife Brittany Billeaud Faulk of Crowley and Sherry Danette Faulk Howerton and husband Steven Howerton of Meaux; his brother, Jimmy Faulk and his wife Gale of High Springs, Florida; and seven grandchildren, Christopher Pridgeon, Hunter Wagers, Justin Wagers, Mackenzie Faulk, Skye Wagers, Kadence Faulk and Joshua Faulk.
Louby was preceded in death by his wife, Patty Melancon Faulk, who passed away in 2006; and his parents, Louby and Caroline Salter Faulk Sr.
Pallbearers will be Robby Barousse, Nathan Melancon, Nathan Cormier, Mackenzie Faulk, Hunter Wagers and Joseph Desormeaux. Honorary Pallbearers will include Jimmy Faulk, Justin Wagers, Joshua Faulk, Randy Falcon, Steven Howerton, Teddy Seaton, Robert Gaspard and Ray Vincent.
Words of comfort may be sent to the family at www.geesey-ferguson.com.
Arrangements have been entrusted to Geesey-Ferguson Funeral Home, 301 North Ave F, Crowley, LA, 337-783-3313.