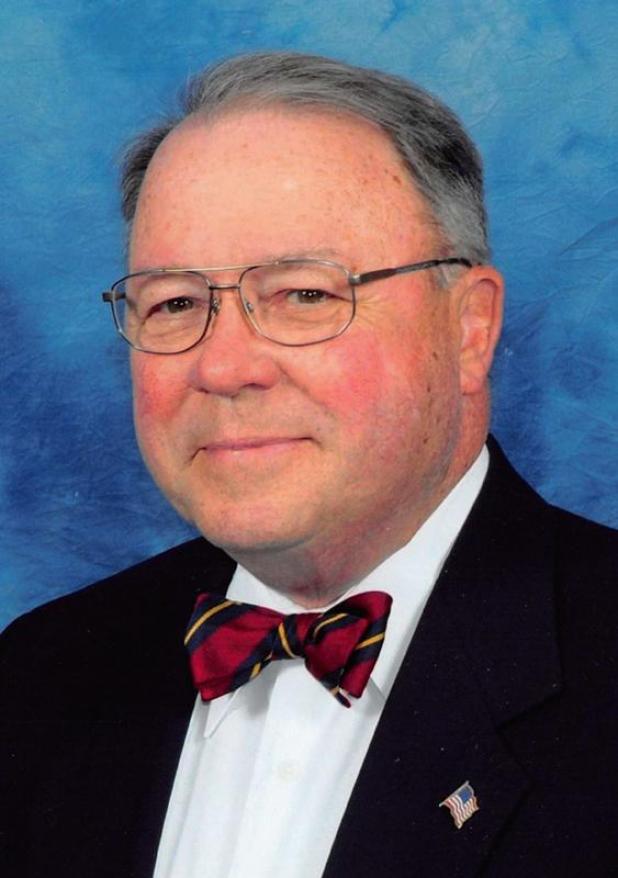 Funeral services will be held at 2 p.m. Saturday, Oct. 29, at First United Methodist Church in Crowley for Thomas L. “Bo” McNeely Jr., M.D., who departed this life on his 90th birthday, on Oct. 26, 2016, in Crowley. Officiating for the services will be Rev. Lewis Morris.
The family is requesting visiting hours to be held Friday from 4 p.m. to 8 p.m. at Geesey-Ferguson Funeral Home in Crowley and Saturday from 9 a.m. to 2 p.m. at First United Methodist Church. Interment will be in Woodlawn Cemetery.
He was born in Colfax, to Thomas Ludlow McNeely Sr., and Dewey Olympia LaCroix McNeely. Dr. McNeely graduated from Colfax High School in 1942, and at the age of 15, entered Louisiana State University earning his Bachelor of Science degree in 1946, with a one-year stint at Loyola Dental School. He completed his LSU Medical School doctorate in 1950. Internship was served at Naval Medical Center San Diego. His residency was at Huey P. Long Charity Hospital in Pineville,  and in Elizabeth, .
He began his military service in 1945 as a Corpsman at Naval Lakefront Hospital in New Orleans, tending sick and wounded servicemen. McNeely served in the United States Navy and the Marine Corps in Corpus Christi, San Diego, Hawaii and Japan, for a total of 10 years, through the Korean War.
He began his practice in Crowley in 1955 and served the Crowley community area for the next 60 years. He and Dorothy Broussard married in 1957, and together they had four children, Thomas III (Lisa Vondenstein), Elizabeth (Stan Gall), Kathleen (Jim Sherwood) and Susan (Tom Pistorius); 10 grandchildren, Elea McNeely Doughty and Ben McNeely, Ian and Ted Gall, Anna Gall Lantz, Samantha Sherwood Morris, David Sherwood and Rachel, Madeline and Lillian Pistorius; and three great-grandchildren.
Dr. McNeely is preceded in death by his wife, Dorothy Broussard McNeely; his parents, Thomas and Dewey LaCroix McNeely Sr.; and one sister, Frances M. Bowers.
His civic and academic affiliations include Acadia Parish Medical Society, Louisiana Medical Society, American Academy of Family Physicians and the Southern Medical Association. He was a past assistant coroner and acting coroner for Acadia Parish, on the American Legion Hospital Staff and past president thereof. He served two terms on the Crowley City Council, as Alderman-at-Large and was Mayor Pro-Tempore. He was a volunteer physician for Hospice of Acadiana in his retirement years. He was an active member of Rotary International, Veterans of Foreign Wars Post 6720 and American Legion Post 15.
He was a faithful member of First United Methodist Church, serving in many capacities. He was honored to have been named Humanitarian of the Year in 2013 by the Crowley Chamber of Commerce.
An Eagle Scout, McNeely was an avid outdoorsman, sportsman and conservationist, supporting such organizations as Boy Scouts of America, Ducks Unlimited and Coastal Conservation Association. He was an active alumnus and supporter of his alma mater, LSU, and Sigma Alpha Epsilon Fraternity.
Serving as pallbearers will be Dr. McNeely’s grandsons Ian Gall, Ted Gall, Ben McNeely and David Sherwood, along with his sons-in-law Stan Gall, Jim Sherwood and Tom Pistorius.
The extended McNeely family would like to express heartfelt thanks to Caroyln DeVeaux for her compassion and dedication to Doc’s care and appreciation to Dr. Robert Aertker and Hospice Compassus.
In lieu of flowers, the family requests memorial donations be made to First United Methodist Church or Boy Scouts of America Evangeline Council.
Arrangements have been entrusted to Geesey-Ferguson Funeral Home 301 N. Ave F Crowley, LA 70526 337-783-3313.