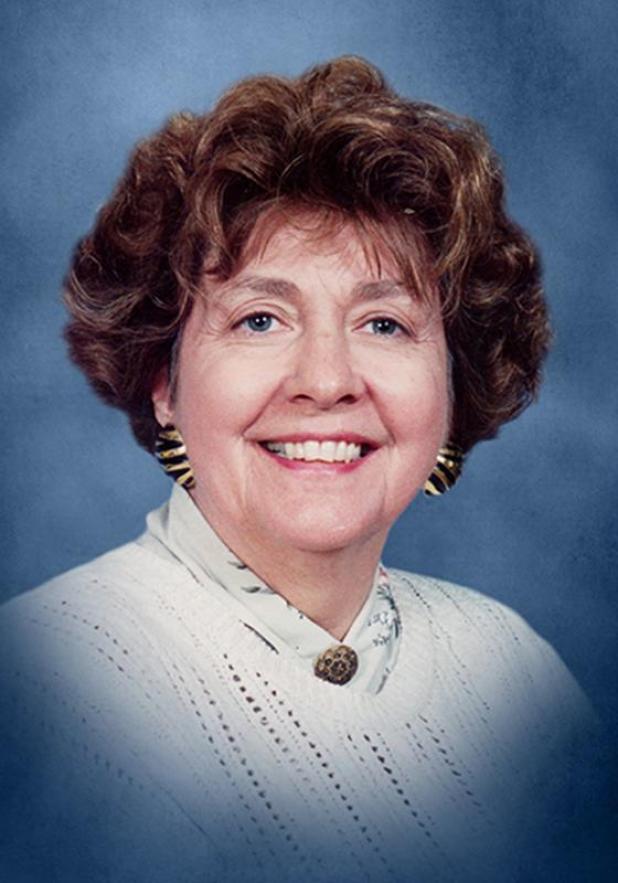 Following a private interment, a gathering of friends and family will be held from 2 p.m. to 6 p.m. Sunday, Nov. 3, at Geesey-Ferguson Funeral Home for Patricia LeDet “Pat” Pinac, 87, who passed away Thursday, Oct. 24, 2019, at Acadia General Hospital.
Born and raised in Abbeville, Pat attended Abbeville High where she was named homecoming queen. She graduated from Gulf Park Academy in Gulf Park, Mississippi. She then attended Louisiana Tech, where she met and married André Louis Pinac Jr.
Upon his enlistment in the Army, Pat accompanied her husband to Fort Gordon, Georgia, during the Korean War. At the end of his military service, the Pinacs returned home to Louisiana where they settled and had a family.
After raising four children, Pat returned to her studies and earned her Bachelor’s Degree in Education from the University of Southwestern Louisiana as well as her Masters of Education and her Masters +30 from McNeese State University.
She taught in the Acadia Parish School System as a fourth grade teacher for 10 years. In 1980, Pat was named Parish Teacher of the Year as well as a State Finalist for that honor.
Pat’s interest in new and innovative educational techniques and theories and her unique understanding of children’s behavior led her to attain her Certification in Gifted Education from USL in 1982. She then dedicated herself to creating and building the gifted and talented program, Leadership and Enrichment for Acadia Parish, known as LEAP-UP.
Under her direction, the LEAP-UP program involved and connected gifted students from throughout the parish with various community stakeholders who shared their particular knowledge and talents with the students.
During her 27-year teaching career, Pat was a successful teacher, advocate, and leader for her students and their guardians as well as for innovative education. Two of her children followed her footsteps into the classroom and remain educators today — one at UL Lafayette and one at Crowley High.
In retirement, she was affectionately known as “Z” and thoroughly enjoyed spending time with her granddaughters, great-grandchildren, and a multitude of rescued dogs and cats.
She was a loving wife, mother, grandmother, and great-grandmother.
She is survived by four children: Suzanne Pinac Ward of Lafayette, André Louis Pinac III, M.D., and wife Lisa of Opelousas, Gillis James Pinac and wife Cherie of Baton Rouge/Crowley, and William Bryan Pinac of Crowley. She is also survived by her grandchildren: Lauren P. Nero and husband Nick of Baton Rouge, Andrea P. Foreman and husband Chris of League City, Texas, Kelli Pinac and fiancé Taylor Nickel of Iowa Colony, Texas, Amy P. Wimberley and husband Brock of New Orleans, Mary Catherine Pinac of Baton Rouge/Crowley, and Jacob Prejean and partner Mallory Boudreaux of Church Point.
Survivors also include her great grandchildren: Olivia Nero, Gabriel Nero, Matthew Nero, Elizabeth Foreman, John Patrick Foreman and Avery Rose Prejean; and her current pets Luca, Pachi, Veto, the “upstairs” cat and various outside animals she lovingly cared for.
Pat was preceded in death by her husband André Louis Pinac Jr.; her parents, Gillis J. and Irma O’Bryan LeDet; and sons-in-law Dan R. Ward and Christopher R. Watson; as well as the many well-loved dogs and cats she rescued over the years.
In lieu of flowers memorial contributions may be made in her name to: Doris Animal League, 1255 23rd Street NW, Washington, DC 20037 www.ddal.org; Habitat for Humanity, www.habitat.org; and/or the charity of your choice.
Arrangements have been entrusted to Geesey-Ferguson Funeral Home of Crowley.