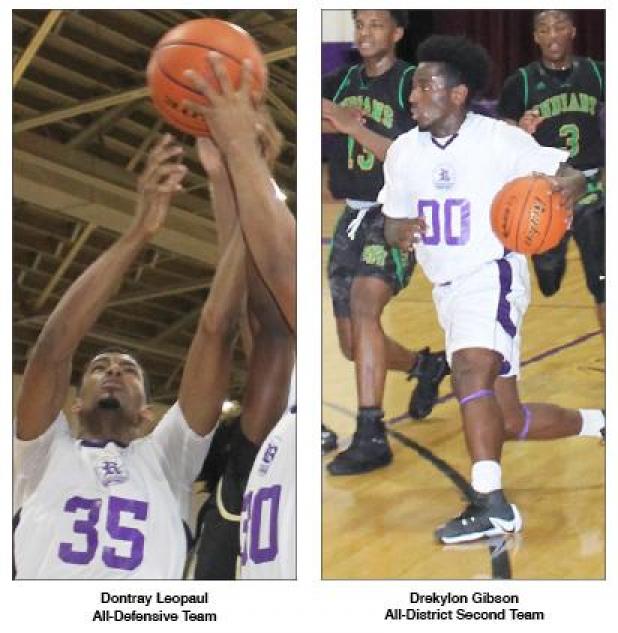 The Rayne High Wolves Boy’s Basketball Team completed the 2016-2017 season with a trip to the state playoffs, where they fell in the first round.
Do to their success, two Wolves were named to this season’s 3-4A All-District Team.
Point guard Drekylon Gibson was listed among second-team honorees. The junior team leader averaged 12 points and 6 assists per game. In addition, he tallied 3.2 steals on defense.
Senior forward Dontray Leopaul was named to the All-Defensive Team for his dedicated play.
Named during honorable mention picks were senior guards DeWayne Smith and Notorious McClelland, along with junior forwards Tony Roberts and Braylon Bonnom.