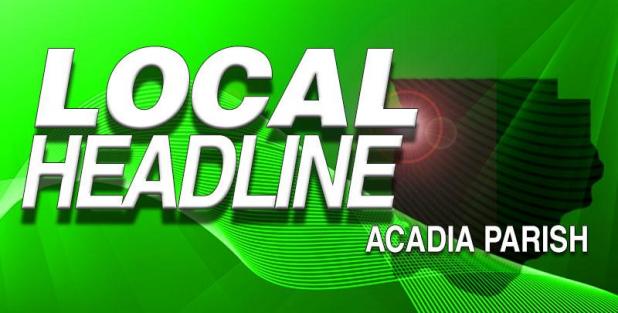 The Crowley City Council, in a move to help city residents who sustained damage during the “500 year flood” in August, suspended all fees and charges for permits issued by the city for flood-related damage.

“I think this move is really a neat thing to do,” said Alderwoman Kitty Valdetero.

Though the move obviously cost the city some money, it was the consensus of the council that it was simply the right thing to do. It passed unanimously.

Two candidates that will be running for office in November — Public Service Commission candidate Mike Francis and  Third Congressional District Representative Scott Angelle — each was on hand to briefly address the jury regarding their campaigns.

“I’m the oldest of the three candidates, which makes me the wisest with the most experience,” quipped Francis to the laughter of those in attendance. “I began a trucking business with one truck and one driver...and that driver was me. It grew into a business with 200 18-wheelers and eight locations and we were the largest customer of the Port of Lake Charles. All those years running my business were full of ups and downs. A vote for Mike Francis is a vote for a public leader with experience.”

“I’m not going to take up much of your time because I spent 16 years in local government and it is an experience that I understand,” he said. “Over the last three decades we’ve lowered the amount of our money that we’ve spent on our infrastructure by 50 percent. Interstate 10 is largest highway that connects south across the country and soon it’s going to be shut down in our state so that they can repair that bridge in Lake Charles which is long overdue. This is in our state. We can do better. My grandparents wouldn’t recognize the country we live in today. Let’s help make matters such as this a priority. We can do better.”

“We’re living in a time when the eyes are on the politicians and policing,” said Alderman Lyle Fogleman. “I don’t agree with the standards but if the qualifications are already 18 years of age I have to say I have great reservations.”

Chief Jimmy Broussard responded that the people in question would still be “reserve police officers.

“I’m not just going to suit up somebody and give them a gun,” he responded.

The council seemed hesitant but in the end passed the motion. Mayor Greg Jones mentioned that Broussard’s new hires should be properly vetted.

The council also agreed to renew beer and liquor permits for 12 area businesses including Zeus’, The Crawfish Nest, Cuccios Food Mart and Fezzo’s.

As the meeting was about to be adjourned, Alderman Elliot Dore made a motion to write a letter of condolence from the city of Crowley to Louisiana State University for the recent loss of Mike the Tiger. The council agreed.

The next council meeting is Tuesday, Nov. 8.