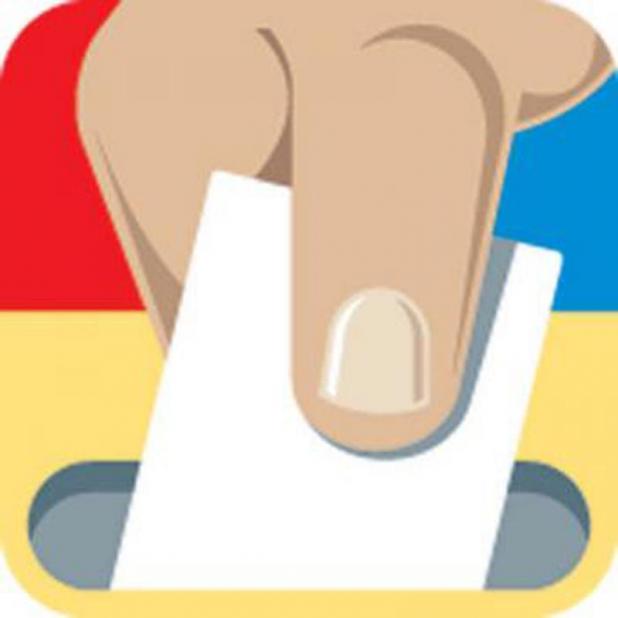 Three of four parishwide seats are uncontested with the closing of qualifying at 4:30 p.m. Thursday.
Also, seven of eight seats on the Acadia Parish Police Jury will be contested when voters go to the polls on Oct. 12.
Only Acadia Parish Clerk of Court Robert T. “Robby” Barousse is opposed in his re-election bid this term. Former Crowley mayoral candidate Emily Stoma qualified for the seat during the final two hours of qualifying on Thursday.
Both are Crowley Republicans.
Returned to office unopposed are Sheriff K.P. Gibson, Assessor James J. “Jimbo” Petitjean and Coroner Dr. Mark A. Dawson.
In police jury races, only Steve Comeaux of Basile was given a free pass in this election. Comeaux will replace Robert Guidry as the District 8 representative. Guidry was one of three sitting jurors who opted out of seeking re-election this year.
The most hotly contested race in the parish —not counting the statewide ballots — is that for the District 4 seat on the police jury replacing Kerry Kilgore, another juror not seeking a return to office.
Four candidates have qualified for the position, including Democrats Aaron C. Cutrer Jr. of Crowley and Chester Pommier of Rayne, Republican Gordon Ray “G-Ray” Morgan of Crowley and Grant Clark of Crowley, who lists no part affiliation.
The race to replace District 3’s Chuck Broussard, the final of the jurors not running for re-election, has two candidates in Republican Chance Henry of Morse and former juror Homer Scheufens of Crowley, an Independent.
Scheufens served as a member of the police jury from 1984 through 1992.
Another former juror looking to reclaim his seat is Republican A.J. “Jay” Credeur of Church Point, who is challenging incumbent Richard Faul of Rayne, a Democrat, for the District 6 seat.
Credeur previously served from 2004 through 2016.
In District 1, Peter J. Joseph, who completed the unexpired term of the late Danny Hebert, is challenged by Walter Andrus. Both are Crowley Democrats.
Ronnie Fabacher of Iota, the first-term juror in District 2, will face challenger Jeffery “Red Dog” Morgan of Egan on Oct. 12. Both are Republicans.
In District 6, long-time Juror Jimmie Pellerin is being challenged by James “J” Ancelet. Both are Rayne Democrats.
Finally, in District 8, two-term juror David Savoy is opposed by “Pat” Daigle. Both are Church Point Republicans.
In Mermentau, a special election has been called to fill a vacancy on the board of aldermen. Todd Boudreaux, a Democrat, will be named to that seat without opposition.
State Legislators
Crowley Republican John Stefanski will return to Baton Rouge as the District 42 Representative. Stefanski was first elected to the seat in a special election when Jack Montoucet was named secretary of the Louisiana Department of Wildlife and Fisheries.
This will be Stefanski’s first full term as a state Representative.
Also returned to office unopposed is Eunice Republican Phillip R. DeVillier as the District 41 Representative. DeVillier was first elected to the seat in 2016.
Three candidates have qualified for the election to replace term-limited Sen. Dan “Blade” Morrish in Senate District 25 — Mark Abraham of Lake Charles, Kevin M. Berken of Lake Arthur and John E. “Johnny” Guinn of Jennings. All three are Republicans.
Three candidates also are looking to replace term-limited Sen. Eric LaFleur in Senate District 28. Republican Heather Cloud of Turkey Creek will face Republicans Robert Johnson of Marksville and H. Bernard LeBas of Ville Platte on Oct. 12.
Incumbent Sen. Bob Hensgen, a Gueydan Republican, is being challenged for the District 26 seat by Abbeville Democrat Jerry Gaspard.
Hensgens won a special election in November, 2016, to replace Jonathan Perry, who was elected to the Louisiana Court of Appeal for the Third Circuit.
BESE
Acadia Parish is located in District 7 of the Board of Elementary and Secondary Education.
Incumbent Holly Franks Boffy, a Republican, is being challenged for that seat by Timala “Timmie” Melancon, an Independent.
Boffy was first elected to the BESE seat in 2011.
Statewide Races
All seven statewide races on the Oct. 12 ballot will be contested —some more than others.
The largest field of candidates is in the race for the governor, where incumbent John Bel Edwards is facing eight challengers.
Edwards is one of three Democrats in the race, the others being Oscar “Omar” Dantzler of Hammond and M.V. “Vinny” Mendoza of Ponchatoula.
Republican challengers include Ralph Abraham of Baton Rouge, Patrick J. Doguet of Rayne, Patrick “Live Wire” Landry of New Orleans, Manuel Russell Leach of Natchitoches and “Eddie” Rispone of Baton Rouge.
Gary Landrieu of Metairie is the lone Independent candidate in the race.
Republican Lt. Gov. William “Billy” Nungesser (Belle Chasse) will face off against a pair of Democrats in Willie Jones of New Orleans and Rao M. Uppu of Prairieville.
In the race for secretary of state, incumbent Kyle Ardoin faces fellow Republicans Thomas J. Kennedy III of Metairie and Amanda “Jennings” Smith of Bastrop and Democrat “Gwen” Collins-Greenup of Clinton.
Democrat “Ike” Jackson Jr. of Plaquemine qualified late on Thursday to give incumbent Jeff Landry, a Republican, opposition in his bid for re-election as attorney general.
The second-largest field of candidates in the statewide races is for commissioner of agriculture and forestry.
Incumbent Michael G. “Mike” Strain of Covington, a Republican, is opposed by fellow Republican Bradley Zaunbrecher of Egan and Democrats Marguerite Green of New Orleans, “Charlie” Greer of Natchez and Peter Williams of Baton Rouge.
Finally, in the race for commissioner of insurance, incumbent James J. “Jim” Donelon of Metairie will square off against “Tim” Temple of Baton Rouge. Both are Republicans.
Early voting will beSept. 28 through Oct. 5
Any runoff elections will be held on Saturday, Nov. 16.