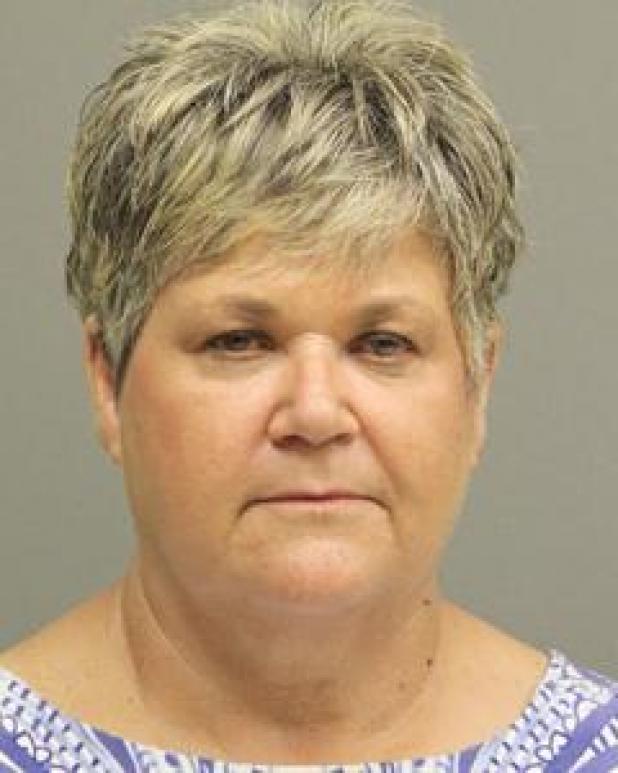 Though it is unknown if Maxine Trahan will face more charges, a Louisiana Legislative Audit has shed more light on the former deputy’s alleged transgressions.
In its report, the legislative auditor found that the Acadia Parish Sheriff’s Office received $194,900 in seized cash assets form local law enforcement agencies from Jan. 21, 2003, through Feb. 3, 2016, that were not deposited into the District Attorney’s Special Asset Forfeiture Fund, as required by state law.
That duty fell on the shoulders of Trahan, APSO’s former public information officer.
In his Dec. 12, 2016, response to the auditor’s findings, current Sheriff KP Gibson explained that the appointment of Trahan to the fund was made by the former district attorney.
“I would like to clarify that the Acadia Parish Sheriff’s Office never received any asset forfeitures from law enforcement agencies during the period of January 21, 2003 through February 3, 2016,” wrote Gibson. “Former Deputy Maxine Trahan was appointed by the District Attorney’s Office as the representative to handle all asset forfeitures for processing within the parish of Acadia. This processing included depositing of said funds in the District Attorney’s account for asset forfeitures. At no time were asset forfeitures from any agency deposited into an Acadia Parish Sheriff’s Office account. Former Deputy Trahan simply served as a processing agent for this process.”
The transgressions allegedly committed by Trahan occurred during former Sheriff Wayne Melancon’s tenure.
Regardless, Trahan’s duties saw her receive the cash assets seized by agencies within the parish, and she was to deposit the funds in the Special Asset Forfeiture bank account.
As stated in the audit, “Trahan acknowledged that she failed to deposit seized cash assets and that she used the funds for personal purposes.”
“A determination of the ownership of the funds seized and taken by the defendant Trahan has not been yet made,” wrote District Attorney Keith Stutes in response to the auditors findings in a letter dated Dec. 14, 2016.
“Restitution is certainly a request to be made during the course of the criminal proceedings pending against the defendant Trahan. I have requested the assistance of the Attorney General in the handling of the criminal matters against the defendant, Trahan. Any other appropriate legal actions to be taken have not yet been determined.”
Stutes took office on Jan. 12, 2015, well after Trahan had been established as the processing agent for Acadia
Trahan was initially charged and arrested by Louisiana State Police detectives on April 15, 2016, with felony theft. Stutes also notified the Louisiana Legislative Auditor (LLA) of possible misappropriation of funds and requested that the LLA assist the state police in determining the amount of seized cash assets that were not deposited in May 2016.
The LLA states that the following procedures were performed over the course of the audit:
• interviewing district attorney and APSO employees;
• interviewing other persons, as appropriate;
• examining selected district attorney and APSO documents and records;
• gathering and examining external parties’ documents and records; and
• reviewing applicable state laws and regulations.
The LLA’s findings were simple: Seized cash assets in the amount of nearly $195,000 were not deposited.
The LLA states that it examined records detailing seized cash assets that were remitted to Trahan and compared the amounts to the district attorney’s asset forfeiture bank accounts records. The law enforcement agencies’ records showed $1,336,622 in cash asset seizures remitted to Trahan. Of that, only $1,141,722 was deposited, leaving a $194,900 shortage.
The report by the LLA adds, “On April 15, 2016, State Police detectives interviewed Ms. Trahan, who acknowledged that she failed to deposit seized cash assets and used the funds for personal purposes.
“By failing to deposit all seized cash assets, Ms. Trahan may have violated state law.”
Trahan is being represented by Crowley attorney Glen E. Howie. A statement from Howie is also included in the full report released last week. His response, however, came before an adjustment in the calculations showed a $194,900 shortage. Howie’s statement, dated Dec. 21, 2016, focuses on a shortage of $196,357, which was reported to Howie’s office by the LLA in a Dec. 9, 2016, letter.
“Ms. Trahan has acknowledged failure to deposit sums seized by law enforcement in Acadia Parish, Louisiana. We are in receipt of discovery materials from Acadia Parish District Attorney,” wrote Howie. “We are in the process of reviewing those records and at this time we cannot confirm an actual amount of monies not deposited. We do not know if your figure of $196,357.00 is accurate. We will work to determine the figure as we work with the Attorney General’s office as they prosecute this case.
“Ms. Trahan is attempting to cooperate in this investigation and will seek to repay all sums that she failed to deposit.”
The report cites Louisiana Revised Statutes 40:2601(5), 40:2616(B); 14:67(A), 14:134(A); and 42:1461(A).
The LLA recommended in its report that the district attorney consult with legal counsel to determine the appropriate legal actions to be taken, including recovery of the missing funds and/or restitution. The report adds that policies and procedures to ensure that all seized cash assets received from local law enforcement agencies are accounted for and deposited in accordance with state law should be implemented by the district attorney’s office.