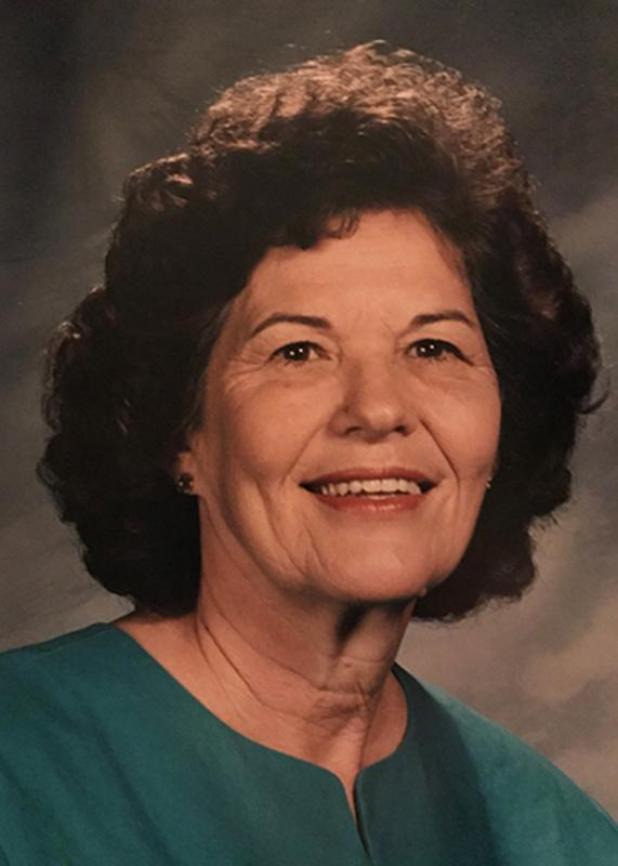 CROWLEY - A Mass of Christian Burial will be held on Monday, Nov. 23, at St. Michael the Archangel Catholic Church in Crowley for Clementine Habetz Kirsch, 86, who passed away on Wednesday, Nov. 18, 2020, surrounded by her loving family.
Rev. Msgr. Keith DeRouen, pastor of Our Lady Queen of Angels Catholic Church in Opelousas, will be officiating for the services.
The family is requesting visiting hours to be held Sunday, Nov. 22, from 4:30 p.m. to 9 p.m. and Monday, Nov. 23, from 8 a.m. to 9:30 a.m. at Geesey-Ferguson Funeral Home in Crowley. A rosary will be led by Deacon Dan Didier on Sunday at 5:30 p.m.
Interment will be at St. Leo IV Catholic Church in Roberts Cove by Rev. Msgr. Charles Dubois.
Clementine, a beautiful lady who lived her life full of love, faith and grace, was born on Oct. 27, 1934, to H. Joseph and Anna Cramer Habetz (Roberts Cove). She was a graduate of St. Michael High School; attended Academy of the Sacred Heart College in Grand Coteau; and graduated from St. Thomas University, Texas.
On June 7, 1958, Clementine married Huey Pierre Kirsch (Lafayette), but only after fulfilling her promise to Monsignor M. Schexnayder that she teach for one year at St. Michael High School before he celebrated her marriage to Huey.
Until her last breath, Clementine and Huey lived a life of love, honor and respect with, and for, each other. Their life together was built on their strong faith and the importance of family values.
After a few years (and the births of five of their seven children), Clementine and Huey left Lafayette to make their home in Roberts Cove where they reared their seven children and continue even now to serve as home base for the “Kirsch Kids” and their own growing families.
Upon returning to Roberts Cove, “Mrs. Kirsch” returned to teaching at her beloved St. Michael School, where she spent the next 33 years as teacher, Religion Administrator, and co-principal. Other than her faith and her family, Mrs. Kirsch’s greatest joy was to teach; she touched the lives of so many young people (and their parents) during her many years of being an educator.
A very faith-filled person, another great accomplishment was that of receiving a Masters’ Degree in Theology from Loyola University. Clementine achieved this after several years of attending weekly evening classes held at the Diocese of Lafayette Chancery, all while still spending her days at St. Michael and her evenings and weekends with her family as at that time, she still had children at home, as well as her own mother and a sister who had come to live with Clementine and Huey.
Even then, no one was overlooked; there was never any doubt that you didn’t have her undivided attention.
Mrs. Kirsch also taught at St. Genevieve, Teurlings Catholic, and Cathedral-Carmel schools (Lafayette).
In 2009, Clementine was diagnosed with Alzheimer’s, a disease that ultimately took her from us. But it never changed her. Until the end, she remained kind and loving, still reaching out to hold Huey’s hand and looking at him with a sparkle in her eye.
Clementine is survived by her husband of 62 years, Huey P. Kirsch; her seven children: Patrick (Peggy), Gregory (Joan), Maureen K. Fontenot (Karl), Timothy (Jamie), Terence (Pamela), Doreen, and Colleen K. Conque (Terry).
“Muttie” is also survived by 16 grandchildren: Koty, Kurt, Peter (Beth), Kristi, Katherine, Connor, Samuel, Clayton (Michaela), Collin, Carson, and Anna Claire Kirsch; Estelle, Sabina, and Anders Fontenot; Anthony Conque (Meghan) and Brooke Conque Steiner (Kade); 13 great-grandchildren: Kameron, Kaeson, Kayden, Jaxson, Gabrielle (Kevin), John Thomas, and Evee’ Kirsch; Ryker Broussard; Kamden and Graham Langlinais; Graison and Gunner Conque; and Andre Steiner; and one great-great grandchild: Eli Schexnayder.
Clementine is also survived by a sister, Agnes Jones (Michael) and her brothers, Leonard Habetz (Deanna), Bernard Habetz, Albert Habetz (Brenda), and Robert Habetz (Pat); sister-in-law Marie Habetz; and brothers-in-law: Jerry Kirsch (Joyce), Tommy Kirsch (Rosemary), and Dick Plaisance.
Preceding Clementine in death were her parents, H. Joseph and Anna Cramer Habetz; two grandchildren, Elise and Taylor Kirsch; two sisters, Bernadine Habetz and Josephine (JoAnn) LeDoux; one brother, Lawrence Habetz; sisters-in-law, Patricia Molbert Habetz, Margaret Kirsch Guidry, Esther Kirsch Plaisance, Eva Kirsch Calais, and Alice Lemoine Kirsch; brothers-in-law Freddie LeDoux, Harry Kirsch, and Harold Calais; godchild, Hope Habetz Hoffpauir; and nephews, Joel Habetz, John Kerry Kirsch, Jerry Paul Calais, and Konrad Kirsch.
The Kirsch family would like to acknowledge Annette Cashat, Clementine’s caring sitter; Dr. Lanie Moncada and staff, particularly Miss Anna, who guided us through these many years, making every effort to give Clementine the quality of life she deserved; and Hospice of Acadiana, who brought dignity to her final days.
To all, we give our heartfelt appreciation for the loving, respectful care you bestowed on our dear mother.
Hail Mary, full of grace.
Arrangements have been entrusted to Geesey-Ferguson Funeral Home of Crowley.