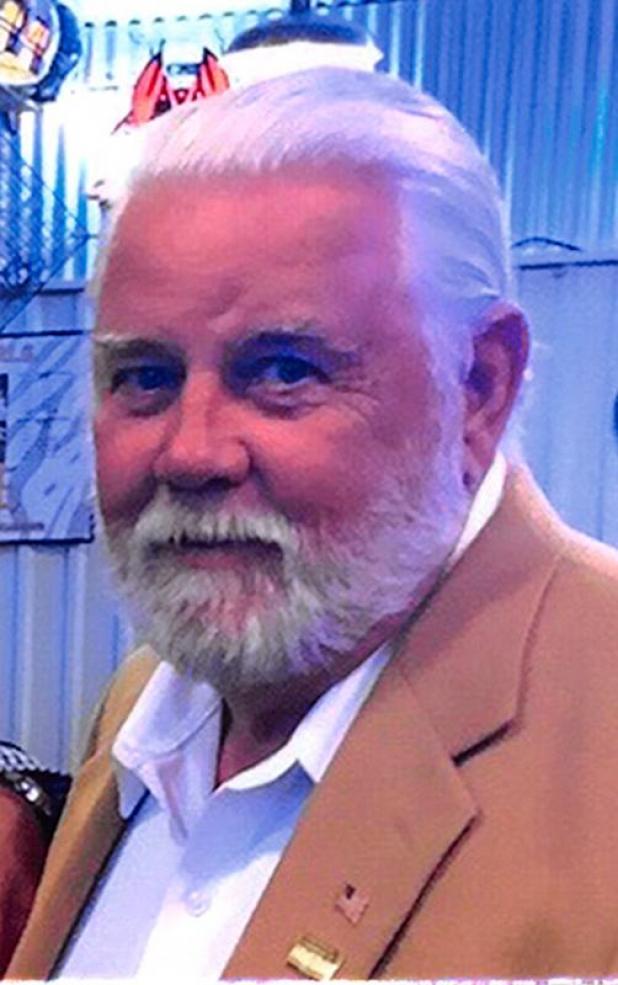 Cleo Edward “Ed” Wilkerson Sr. entered the arms of his Savior on Aug. 1, 2020, at 8:33 a.m. after succumbing to the ravaging effects of a hemorrhagic stroke which occurred in December of 2019. He passed away in his home surrounded by his family.
Ed, as he preferred to be called, was born to Cleo Emmit Wilkerson and Reena June Wilkerson in Tyler, Texas, on July 15, 1951. He was raised in Crowley with his younger sister Barbara Redding.
He attended school K-12 in Crowley but moved to Johnson City, Kansas, his senior year where he completed his last months of high school and received his diploma. Ed continued his education at LSU Baton Rouge where he received his degree in business.
After college he returned to Crowley where he began his adult life. It was there he brought into the world his three children, C. Edward “Bumper” Wilkerson Jr. and his wife Kim of Lafayette, Alicia Rhett Wilkerson Ardoin and her husband Heath of Rayne and Christian E.L. Wilkerson of Crowley.
Ed was very active in his children’s lives and was very proud of the time and effort he made with them which contributed to the successful adults they became.
He was an avid supporter of the Crowley Recreation Department for 25 years; there he coached his own children and touched the lives of hundreds of other boys.
Ed was the owner / co-owner of many successful businesses, but in early adulthood Ed was drawn to the oilfield and there he flourished. He co-owned Energy Industries with two of his best friends and out of that company came many of the stories Ed was known for.
When the oilfield crashed, Ed dabbled in farming, ranching, and construction but his heart remained in the oil patch. As soon as the opportunity presented itself, he put his work boots back on and headed back to the oilfield.
He opened Apex Equipment which he and his son Christian grew into a successful company. After turning the operations of Apex to Christian and his daughter Alicia, Ed was hired by Carrizo Oil and Gas, Inc., where he was employed until his retirement.
Not being a man to let grass grow under his feet and refusing to sit idle during retirement, Ed started Wilkerson Rental Properties which he and his wife Jodie enjoyed building until the time of his passing.
As many people can attest to, Ed loved politics and was more than willing to debate anyone on the subject at any time. Ed was the greatest storyteller, he told stories of his childhood, his travels, his life in the oilfield and the many characters he met there. He was an artist, musician, vocalist and seasoned traveler.
In 2010 Ed met and married his wife Jodie Lynn Wilkerson. She became his constant companion and helpmate, one was rarely seen without the other.
Out of this union, in his words, he gained five sons. Jerry Paul Leger of Crowley, Carl Jauque Leger and his wife Dora of Iota, Daniel Noel Leger and his wife Jennifer of Eunice, Randal James Mouton and his wife Maci of Pleaston, Texas, and Michael Shane “Mickey” Mouton and wife Meghan of Iota.
In their lives he was the man he didn’t have to be. He “polished up” the three older boys and helped Jodie finish raising the two younger ones. He was so proud of and often boasted that his family blended so well that you could not tell where his children ended and Jodie’s began because the children loved and supported each other as they had been raised together since birth.
He also met and grew to love his mother- and father-in-law, Rev Donald Popp and Mrs. Priscilla Popp.
As the children grew up and moved away, they returned with grandchildren. Oh, how Ed’s heart grew with love and pride as each arrived.
Chloe Wilkerson, Cade Wilkerson, Ava Ardoin, Ella Ardoin, Nicholas Leger, Gunner Leger, Jagger Leger, Donatella Leger Hill and Tripp Mouton made him one of the proudest Pop’s alive. He and Jodie were very active in the grandkids lives and could often be seen attending their school and sports functions.
Ed was a wonderful man, husband, father, grandpa, and friend. He will be missed more than any words could express.
Ed was preceeded in death by his mother, Reena June Wilkerson; his father, Cleo Emmit Wilkerson; and a sister, Cherie Wilkerson.
The family would like to thank Ed’s physician, Randy Miller, and his staff, Melissa Guidry who helped Jodie care for Ed at home during the last months of his life, and the staff of Hope Hospice for guiding us through the first steps of the most difficult journey this family will ever take.
Funeral services were held Tuesday, Aug. 4, at 11 a.m. in the Chapel of Geesey-Ferguson Funeral Home.
The family had requested visiting hours Monday from 1 p.m. to 9 p.m. and Tuesday from 8 a.m. to service time.
Burial was in the Woodlawn Mausoleum.
Words of comfort may be sent to the family at www.geesey-ferguson.com.
Arrangements were entrusted to Geesey-Ferguson Funeral Home, 301 N. Avenue F, Crowley, 337-783-3313.