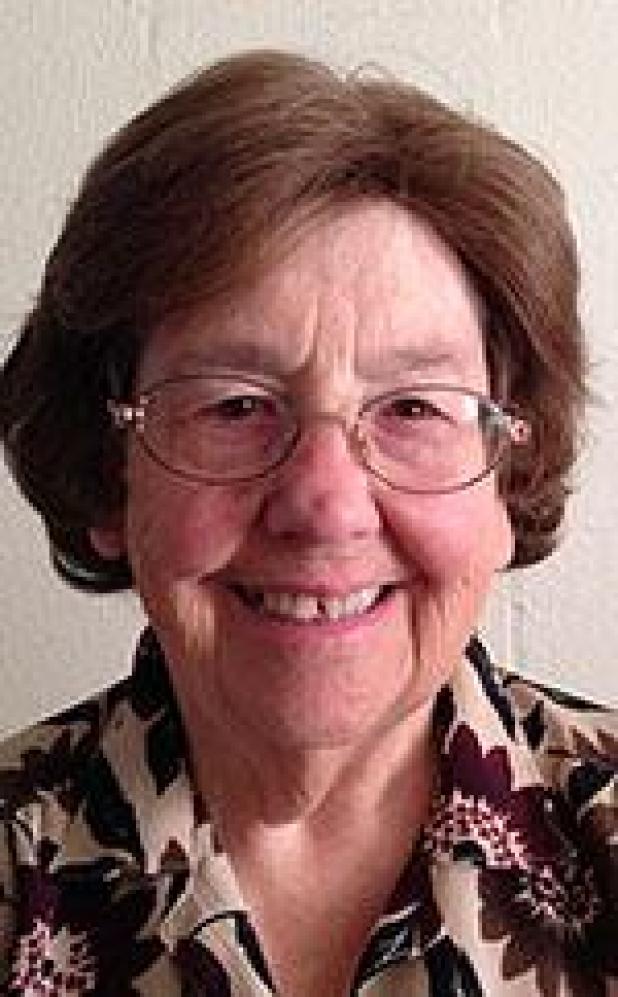 RAYNE - Sister Christina Marie Griggs, a Sister of Mount Carmel, died April 12, 2020, at St. Agnes Healthcare and Rehab Center in Breaux Bridge. She was 91 years old and in the 73rd year of her religious profession.
Sister Chris was born Mary Geraldine Griggs on March 10, 1929, in New Orleans, to George Clifford Griggs of Shreveport, and Mary Isabelle Deshotel of Opelousas. She entered the Congregation of Our Lady of Mount Carmel on Aug. 13, 1944, and received the habit of the Sisters of Mount Carmel Aug. 2, 1945. On Aug. 4, 1947, she made her first profession, and pronounced perpetual vows Aug. 3, 1950. She celebrated her 70th jubilee in 2017.
Sister Chris graduated from Mount Carmel High School in Lafayette in 1946. She earned a bachelors’ degree in education from Loyola University in New Orleans in 1946 and a masters of education with a concentration in home economics from St. Louis University in Missouri in 1970.
Sister Chris taught from 1947 to 1978 at parochial and Mount Carmel schools in Abbeville, New Iberia, Thibodaux, Westwego, and Mount Carmel Academy, New Orleans. From 1979 - 1982 she served as religion coordinator for Cathedral-Carmel in Lafayette. She served as senior sisters’ coordinator at the Motherhouse in New Orleans, as Pastoral Associate at St. Joseph Church in Ville Platte, Associate Provincial Directress of Lay Carmelites in Aylesford, IL and was Director of Programs at the Carmelite Spirituality Center, Lacombe.
Since 2010 she served as assistant in the care of the congregation’s elderly sisters in Carencro and Lafayette, visited the homebound, and was Spiritual Assistant to Lay Carmelites at St. Joseph’s in Rayne, until 2016 when she moved to Evangeline Oaks Guest House, Carencro, and to Our Lady of Prompt Succor Nursing Home in Opelousas. In 2017, until her death, she resided at St. Agnes Healthcare and Rehab Center in Breaux Bridge.
Sister Chris was selected as Outstanding Secondary Teacher in 1975 and received the Martin Luther King Jr. award during her ministry in Ville Platte.
Sister Chris, the sixth of nine children, was preceded in death by her parents, George Clifford Griggs and Mary Isabelle Deshotel Griggs; sisters, Lelia Annie Tanner and Stella Virginia Martin; and three brothers, Henry Octave Griggs, George C. Griggs Jr. and Fred Ivy Griggs.
She is survived by two sisters, Shirley Rose Bailey of Lutz, Florida and Rita Catherine Lanier of Denham Springs; one brother, John Christopher Griggs (Cassie) of Walker; and brother-in-law, James Martin (husband of Stella Virginia) of Cecilia.
Interment was in the Sisters of Mount Carmel tomb at St. Joseph Cemetery, 401 S. Adams Avenue, Rayne, LA 70578, with members of the immediate family invited.
Father Eddie Martin, Sister Chris’ nephew from St. Aloysius Church, Baton Rouge, presided at the interment services.
Martin and Castille Funeral Home, Lafayette, was entrusted with her arrangements.
Donations may be made to the Mount Carmel Retirement Fund, P.O. Box 1160, Lacombe, LA 70445.