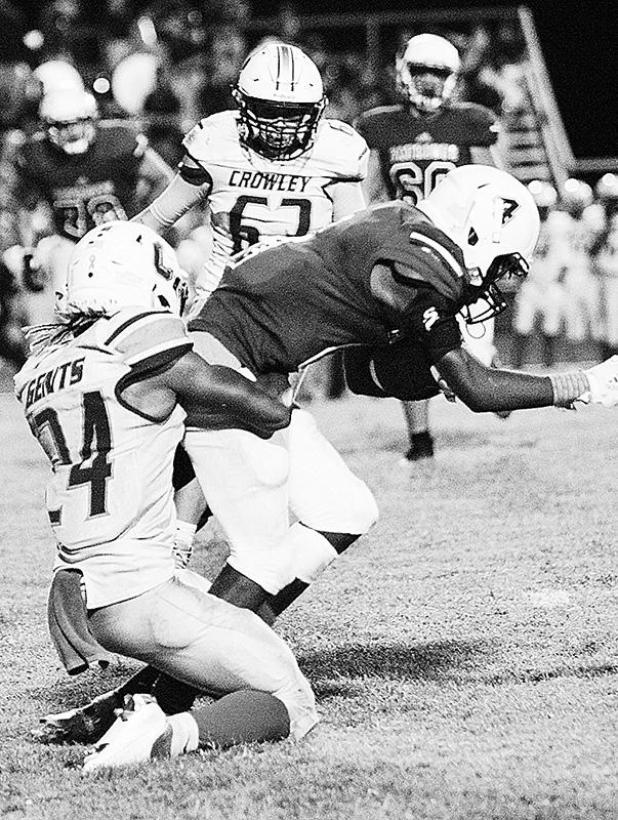 THE POST-SIGNAL / Sophia Fontenot
Crowley High’s Tyron Goodley (24) makes a stop during a recent game. Goodley and the Gents will travel to St. Martinville tonight to take on the league-leading Tigers at 7 p.m.